Save Big On Travel To Ohio With Jetsetz

Cheap Flights To & From Ohio

Save big on flights to and from Ohio with our discount airfares.

Save up to 40% on Ohio hotels with our discount hotel inventory.

Book your Ohio vacation package online & save up to 40%.

Let our expert travel agents find you the best deals on travel to Ohio! 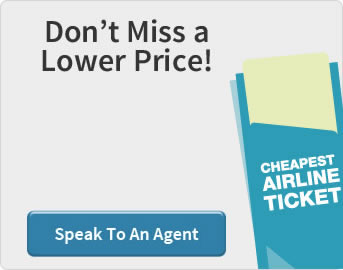 Things To Do In Ohio

Ohio is a very diverse state that consists of urban cities and rural towns.  Ohio is one of America's largest producers in agriculture.  As a result, the state is made up primarily of small towns broken up by farmland.  On the other side of the spectrum are the cosmopolitan cities of Cleveland, Columbus and Cincinnati.  Cleveland is a culturally diverse city on the shores of Lake Erie in Cuyahoga County.  Cleveland’s downtown district is at the heart of the city. The downtown Theater District is home to the Playhouse Square Center the 2nd largest Performing Arts Center in the US.  This district regularly runs musicals, concerts, or speakers throughout the year.

Columbus is one of the Ohio’s most visited cities due to its diversity. The Short North Arts District is a hip quirky area where visitors come for the trendy shops, galleries, coffee houses, and bars. German Village is popular with visitors looking for a little taste of European culture. This is evidenced by the areas cobblestoned streets, cafes, bakeries and beer pubs.  Cincinnati is a beautiful cosmopolitan city located north of the Ohio River and borders Kentucky. It has become one of the most visited cities in the state of Ohio with its stunning architecture, art museums, wide array of activities, thriving food scene, festivals, and many historical attractions.  Dayton is located halfway between Cincinnati and Columbus. Dayton is called the “Birthplace of Aviation” because of its ties to the Wright Brothers. The city is rich in inventive history, with more patents than any other town in the US.  Wherever you go in this great state, you are sure to have a great time.

Top Things To Do In Ohio

There is so much to do in the state of Ohio.  If you enjoy the slow pace of small-town life and family traditions, you will enjoy the farming towns as well as the Amish Country of Ohio.  If you are more of a city person you can enjoy all the museums, restaurants and nightlife that make up the cities of Cleveland, Columbus and Cincinnati.  There is always something to do in Cleveland, regardless of what time of year one visits in.  On the lakeshore, right near Cleveland Browns Stadium, are two main attractions: the Rock 'n Roll Hall of Fame and the Great Lakes Science Center. In addition, the Cleveland Museum of Art is nationally recognized as one of the best art museums in the country. The Cleveland culinary scene prominently features the West Side Market, a massive market for all types of exotic and ethnic foods.   Columbus has a wealth of things to explore.  Some of the main attractions in Columbus feature the Franklin Park Conservatory and Botanical Gardens, Columbus Museum of Art, Scioto Mile, Columbus zoo and Aquarium, Columbus Historical Center, and a thriving arts district.  Travel back in time at the Ohio Historical Society's Village, or jet into the future at the Center of Science and Industry.

Some of Cincinnati’s main attractions include the Cincinnati Reds Hall of Fame & Museum, Newport Aquarium, Eden Park, Cincinnati Zoo, Botanical Garden, Cincinnati Art Museum, Krohn Conservatory, National Underground Railroad Freedom Center and many more.  Dayton has a renowned Art Institute, a large air force base, a symphony, ballet company and opera.  Unique to the area is the Dayton Aviation Heritage National Historic Park, which consists of several monumental sites including the Wright Brother's Bike Shop.  The United States Air Force Museum is in Dayton and is the largest military aviation museum in the world with over 200 planes, missiles and exhibits on display. Wherever you go in this great state, you are sure to have a great time.